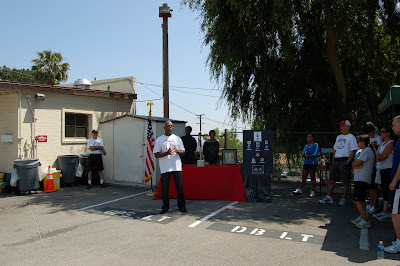 
Los Angeles Sheriff’s Department annual Peace Officer’s Memorial Torch Relay culminated at the Altadena Station this year as it does every year. The relay race began at Sheriff’s Headquarters Bureau, Friday, May 22, 2009 at 9:00am, with runners who carry the lit torch to East Los Angeles station, where it is handed off to that station’s runners. The relay continues until each Sheriff’s station in Los Angeles County has handed the torch to their runners, a total distance covering over 300 miles. The relay ended, Sunday, May 24, 2009 at 2:30pm, where Altadena Station personnel brought in the torch and conducted a memorial ceremony to honor peace officers who were killed in the line of duty in Los Angeles county during the past twelve months. The runners were escorted into the station from Fair Oaks Avenue and Altadena Drive by sheriff’s patrol vehicles and Los Angeles County Fire Department vehicles with lights flashing.

The following officers were honored: 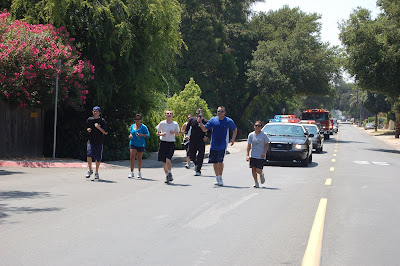