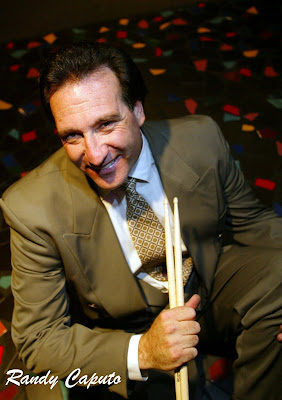 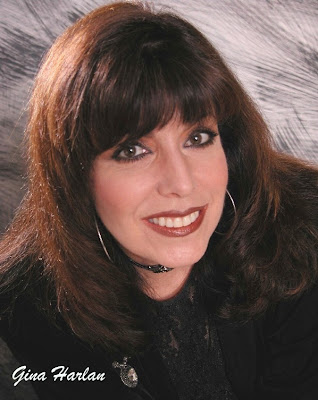 Editor's note: Please arrive early for this concert, we are expecting maximum capacity in the amphitheater.

Randy and Gina-Harlan Caputo reside in Banning, CA. They are both musical entertainers specializing in jazz and swing music.

Currently the Caputos volunteer and are working with the Banning Redevelopment Historical Committee to strategize on refurbishing downtown Banning and the San Gorgonio Inn. Their goal is to create a nightclub atmosphere featuring live jazz music and wholesome entertainment.


Randy Caputo: has performed with several music legends and artists including: Lawrence Welk, Pearl Bailey, Oscar Peterson, Ella Fitzgerald, Ray Brown, Rosemary Clooney and many others. For years Randy has performed for Disneyland and Disney World, Florida. Randy is also known for his amazing tribute to that Legendary Drummer Man Gene Krupa. Randy was honored as he was voted into the ‘top 100 living drummers’ in the book called Sticks and Skins by Jules Follett.
In 2006 Randy was inducted to the Jazz Legends Hall of Fame society.


Gina Harlan-Caputo: has been a professional singer performing with numerous celebrities including: Tom Jones, BJ Thomas, and Gary Puckett.
Gina’s own group (Company B’) performs in a tribute to The Andrews Sisters. Their performances include the famous ‘Legends in Concert’ series in Branson, Missouri and continually perform for our US military on The USS Midway in San Diego California.
One of Gina’s specialties is her tribute to singer Miss Connie Francis.
Gina has a BA in Music Theory.

Randy Caputo (Drums/Leader)
Randy has performed with several music legends and artists including: Lawrence Welk, Pearl Bailey, Oscar Peterson, Ella Fitzgerald, Ray Brown, Rosemary Clooney and many others. For years Randy has performed for both Disneyland and Disney World Florida. Randy is also known for his amazing tribute to that Legendry Drummer Man Gene Krupa. In 2006 Randy was inducted to the Jazz Legends Hall of Fame society.

Gina Harlan (Vocalist)
Gina started out as a pianist and received a BA in Music Theory.
She has sung on many commercials, has toured and done back up work for artists such as Tom Jones, B.J. Thomas, Gary Puckett, and many more. One of Gina’s specialties is her tribute to singer Connie Francis.
She is also a vocal arranger and is currently a member of Company B, which is a tribute to ‘The Andrews Sisters’. Their performances include the famous ‘Legends in Concert’ in Branson, Missouri and continually perform for our US military on The USS Midway in San Diego California.

Dr. Jack Poster (Trumpet)
Dr. Poster has toured all over the world with his tribute to “Harry James”. In fact, from 1969 through 1971, Dr. Poster played the lead trumpet in the Harry James Orchestra.
Not only is he the best at his craft but Dr. Poster is a master showman.

Alisha Ard (Trombone)
Alisha Marie Ard is a jewel of an entertainer. She has mastered the art of playing the trombone and has toured all over the country playing and singing; yes, singing. Alisha isn’t a musician who “happens” to sing, she is a superb vocalist as well as trombonist, who captivates and amazes her audience.

Ian Francisco (Piano)
Ian has played in several productions including Finian’s Rainbow, Fiddler on the Roof, Guys and Dolls, You’re a Good Man Charlie Brown, My Fair Lady, The Fantasticks, Annie Get Your Gun, South Pacific and the list goes on and on… Ian is a serious studio musician but never too busy to turn down a live performance. More recently he has been the Musical Director for productions of Fiddler, Pippin, Grease, Chicago, and Bye Bye Birdie at San Marino High School. Currently, you will find him playing the stand up bass for the Original group, “Scarlet Furies”.

Bill Saitta (Bass)
Bill Saitta started playing professional bass at the age of 14. He studied the bass & guitar with the legendary Carol Kaye and attended the prestigious Berklee College of Music in Boston. Bill has shared the stage with many outstanding musicians and celebrities. He has also recorded with numerous artists. He is very active in the So Cal area, playing gigs, shows and symphony concerts. Mr. Saitta is also a staff bassist for the Jazz in the Pines Festival and leads various groups under his own name.


Company B (The Andrews Sisters Tribute)
Company B has preformed all over the US with their tribute to The Andrews Sisters.
The trio, (Carla Fiore, Dawn Shelden and Gina Harlan) have performed for the famous “Legends in Concert” theaters in Branson, and many other theaters in the U.S. They continue to perform for our US military on The USS Midway in San Diego California, and recently performed the National Anthem for the Padres game at Petco Park. "Company B" has a tight harmony with matched vocal qualities as well as choreography and always interacting with their audiences.

Jim Smith (Host/MC)
Jim has been the voice and actor for several Radio and TV commercial spots in the Palm Springs area. With his quick wit and magnetic personality, Mr. Smith is a wonderful asset to our stage. Jim knows just how to keep the show running at an even pace and is king of the segues. Jim is also a wonderful auctioneer and has helped raise several thousand dollars for charities. Interaction with the crowd is a must for Jim and he makes any auction fun with guaranteed results. 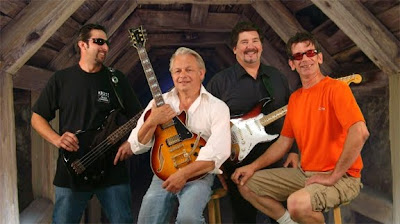 The American Flyers came to be in the early 1990’s, born of players that had formed strong friendships in a number of different bands in the 1980’s. The flyers have gone through numerous versions since that time with all members maintaining a strong fraternal bond with one another.
The current line up includes founding members Phil Capuano (Drums), and Van Nixholm (original bassist and current rhythm guitarist), Gene Diorio (Lead Guitar) from our 2nd incarnation, and a new Brother, Dominic Amstutz (Base Guitar).
As in the beginning, these guys play together because they enjoy the camaraderie they share and the music they make. The music they enjoy, mostly rock, blues, and country all has some personal attachment to one member or another, whether they be present players or not currently performing. Please enjoy our musical offerings, it’s from the heart. Partners, Brothers, and Friends.
Posted by R. Klomburg at 12:33 PM 1 comment: 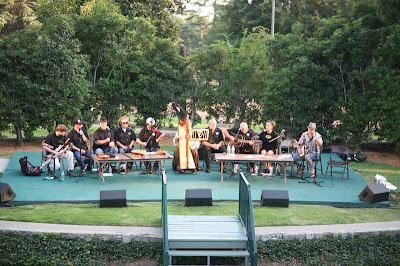 Those Manning Boys and Friends 2009 Concert in the Park

Those Manning Boys, Mike and Sean Manning make their sixth straight concert appearance this year. The two Altadena natives have been playing their traditional Irish music for eight years and have assembled quite a supporting cast of Irish traditional musicians and performers. This year returning for also the sixth straight year is the Aniar Academy of Irish dance. Formed in 1995 and run by Christine Byrne the school performs in shows and dance competions(Feis's) throughout the United States. Making his fifth appearance with the Boys is Liam Lewis, fiddle and mandolin player extraordinaire. Liam is writing and playing music, and will be attending the prestigious Berklee College of music in Boston this fall. Also joining the Boys again, another great discovery , Tim Drake, Altadena's very own Uillean piper and whistle player. Tim has been playing these "Irish Bagpipes" for many years, and also plays Irish whistle and flute. Together with newcomer Session guitarist, Jimmy Murphy, Liam and Tim delight crowds with their lively jigs and reels. Rounding out the talent is second year performer on Celtic harp, Barbara Schilling. Barbara has been playing harp for 12 plus years now and her haunting melodies and uplifiting style have delighted audiences at groups and parties of all types. More importantly, Barbara is part of the music therapy department at City of Hope in Duarte. The Boys have decided on a variety show format in order to highlight not only the diversity of traditional Irish music, but also the pure talent of the show's performers. See you there.
Posted by R. Klomburg at 9:50 AM No comments: 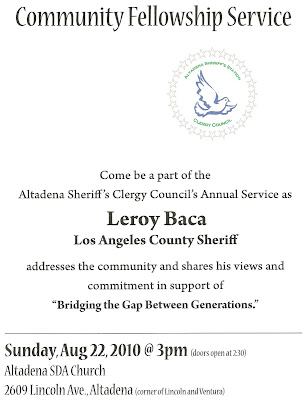 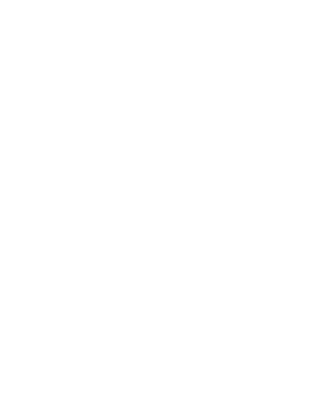 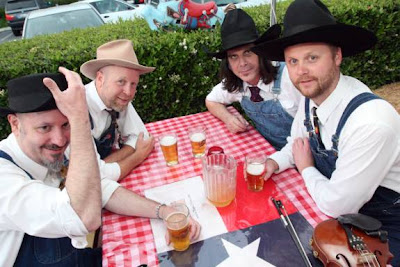 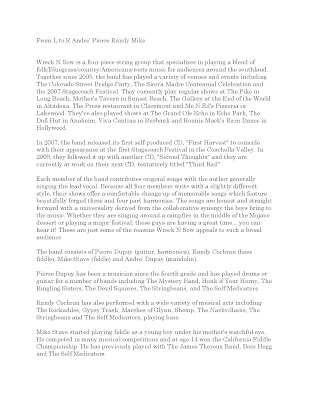 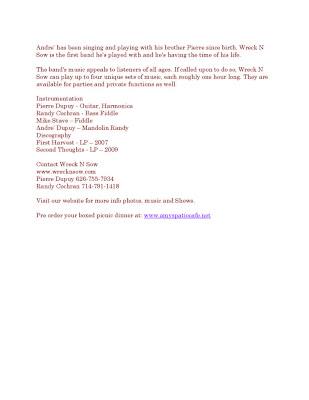