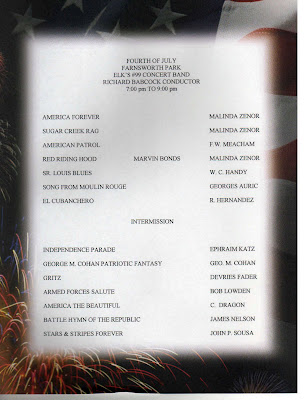 Posted by R. Klomburg at 3:19 PM No comments: Links to this post

The Pasadena Star News has an article on the 13th Annual Summer Concert Series. You can locate it here: http://www.pasadenastarnews.com/ci_12675339?source=email

Hope to see you all at the 13th Annual Summer Concert Series at Farnsworth Park!

And, remember, it's FREE!

Arrive early for best parking.
Posted by R. Klomburg at 5:48 PM No comments: Links to this post 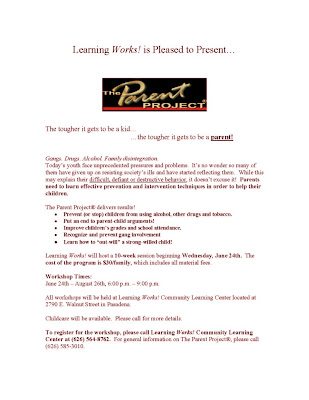 Posted by R. Klomburg at 5:33 PM No comments: Links to this post 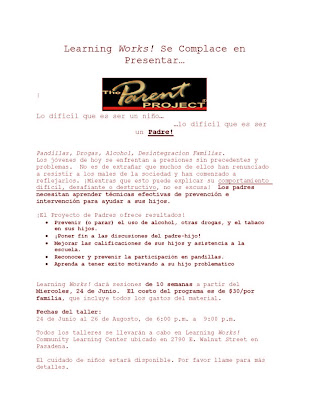 Posted by R. Klomburg at 5:26 PM No comments: Links to this post

13th Annual free Summer Concert Series about to kick off

The Sheriff's Support Group of Altadena is pleased to announce the start of the 2009 Summer Concert Series in Farnsworth Park, 568 East Mt. Curve Ave, Altadena, CA 91001.

The Summer Concert Series is made possible by the generous support of our sponsors. This year SSGA welcomes a major new sponsor, Warner Bros. Entertainment. In addition to Warner Bros. our sponsors are: the Rotary Club of Altadena, Supervisor Michael D. Antonovich. Additional sponsors include Toyota of Pasadena, Dickson Podley Realtors, All American Audio Visual, M & M Printing, Trinity Thread Works and My Irish Pride.

When Randy was just three years old, a car accident landed him in the hospital for months with trauma to his head, hands and legs. Doctors said Randy would always have difficulty with his small-motor (hands and legs) coordination.

Randy dreamed of the day when he could play ball, and run like the other kids. His mother, determined to help, got him a set of drums. (She was so very smart) Against all odds, Randy continued to practice his drums. Determined, Randy eventually overcame all his adversities even to the point of sounding like his jazz drumming idol Gene Krupa.

The rest… (so they say)…is history…Randy has been entertaining audiences everywhere with his celebrity showmanship, and remarkable jazz drumming talents. Randy has received countless standing ovations at both Disneyland and Disney World Florida, and at other special events including…The Chicago Winds Jazz Orchestra in Chicago, Playboy Jazz Festivals and PBS Shows in Hollywood California.

Tonight Randy will perform selections from his “Tribute To Gene Krupa” show with the Down Beat Express Big Band, directed by Pat Emmett

Also featured this evening is Altadena’s own, MCA recording artist, Jennifer Gates. She appears regularly with her trio in Pasadena supper clubs. Jennifer and the Down Beat Express can be heard on their recent CD, “The Silver Project”, available for purchase at tonight’s performance.

In accordance with county and park ordinances, consumption of alcoholic beverages is allowed within the limits of the amphitheater proper, and all domestic animals must be restrained by leash. It is requested that for the health, safety and courtesy of the audience that all refrain from smoking in the amphitheater. Copyright law prohibits any form of audio or video recording of these concerts for personal, promotional or commercial use.
Posted by R. Klomburg at 9:31 AM No comments: Links to this post

Gifts for Guns program a success

The Pasadena Star News has an article on the Gifts for Guns program which just concluded. You can read the article here: http://www.pasadenastarnews.com/news/ci_12494824
Posted by R. Klomburg at 5:11 PM No comments: Links to this post