FLOYD & THE FLYBOYS in the Amphitheater at Farnsworth Park August 2nd at 7:00 PM 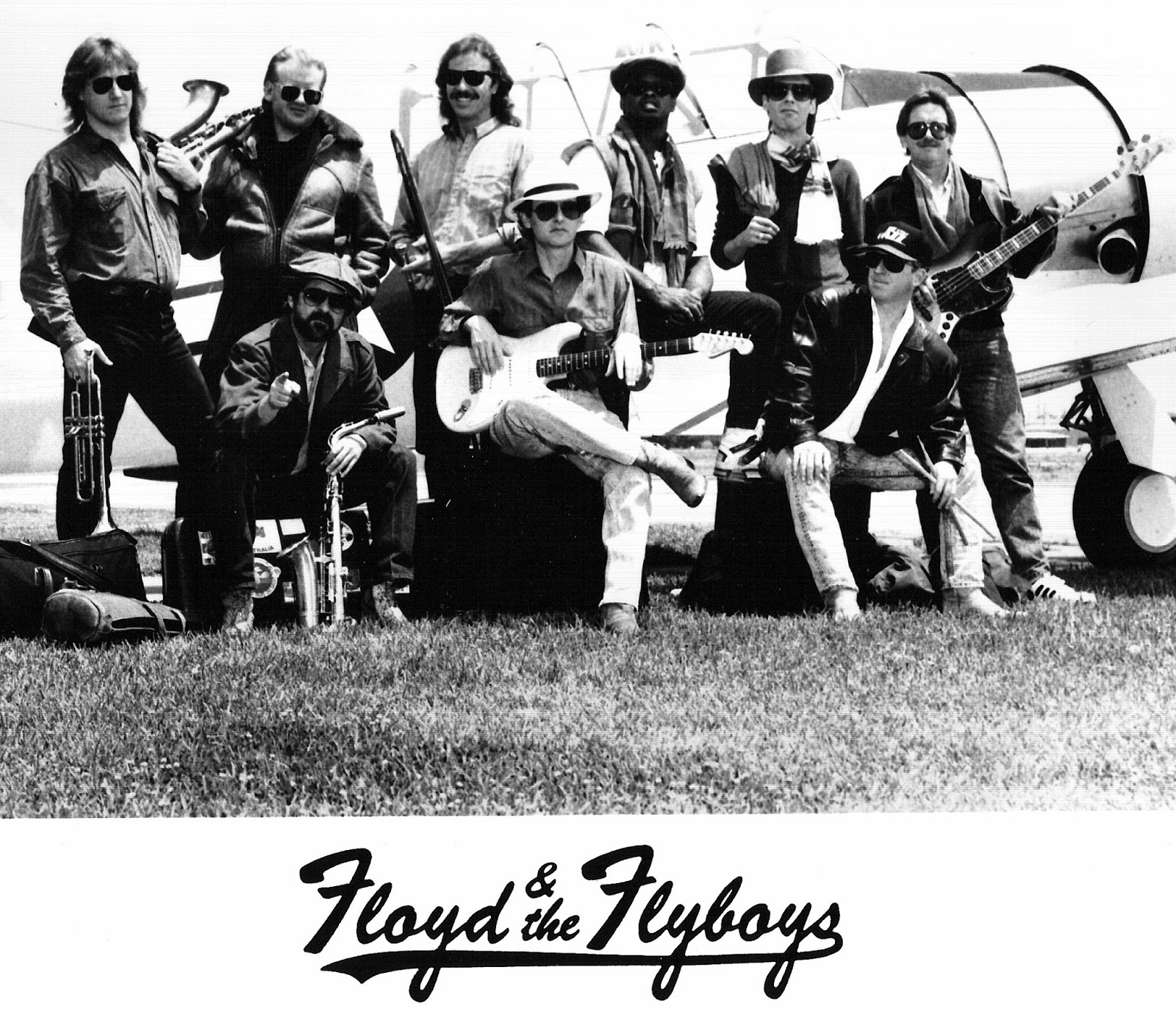 
Respected throughout the entertainment industry and praised for its musical integrity,
(FLOYD & the FLYBOYS was the #1 rated R & B/blues band in a music
industry poll conducted by Music Connection Magazine), the band prides itself
on polished performances, exciting arrangements, and that intangible chemistry
that results in “feel” or “soul” - something that just can’t be faked.

Seeing FLOYD & the FLYBOYS perform, it’s clear the guys’ work is a labor of love; judging by the typical audience response, the feeling is contagious… Whether it’s blues, rock ‘n’ soul, funk, or New Orleans R&B, no one does it all like FLOYD & the FLYBOYS!


“When it comes to authentic
live rhythm & blues, Floyd & the Flyboys delivers the goods. . ."


“. . . a killer
nine-piece band . . . great songwriting and arranging... and a kick-ass rhythm
section - with fat, sass, and sparkle courtesy of the 'Fly-by-Night Horns.'

Expect a show that is consistently solid, top-to-bottom . . . Highly recommended! ”
Posted by R. Klomburg at 4:51 PM No comments: Links to this post

Posted by R. Klomburg at 10:35 AM No comments: Links to this post 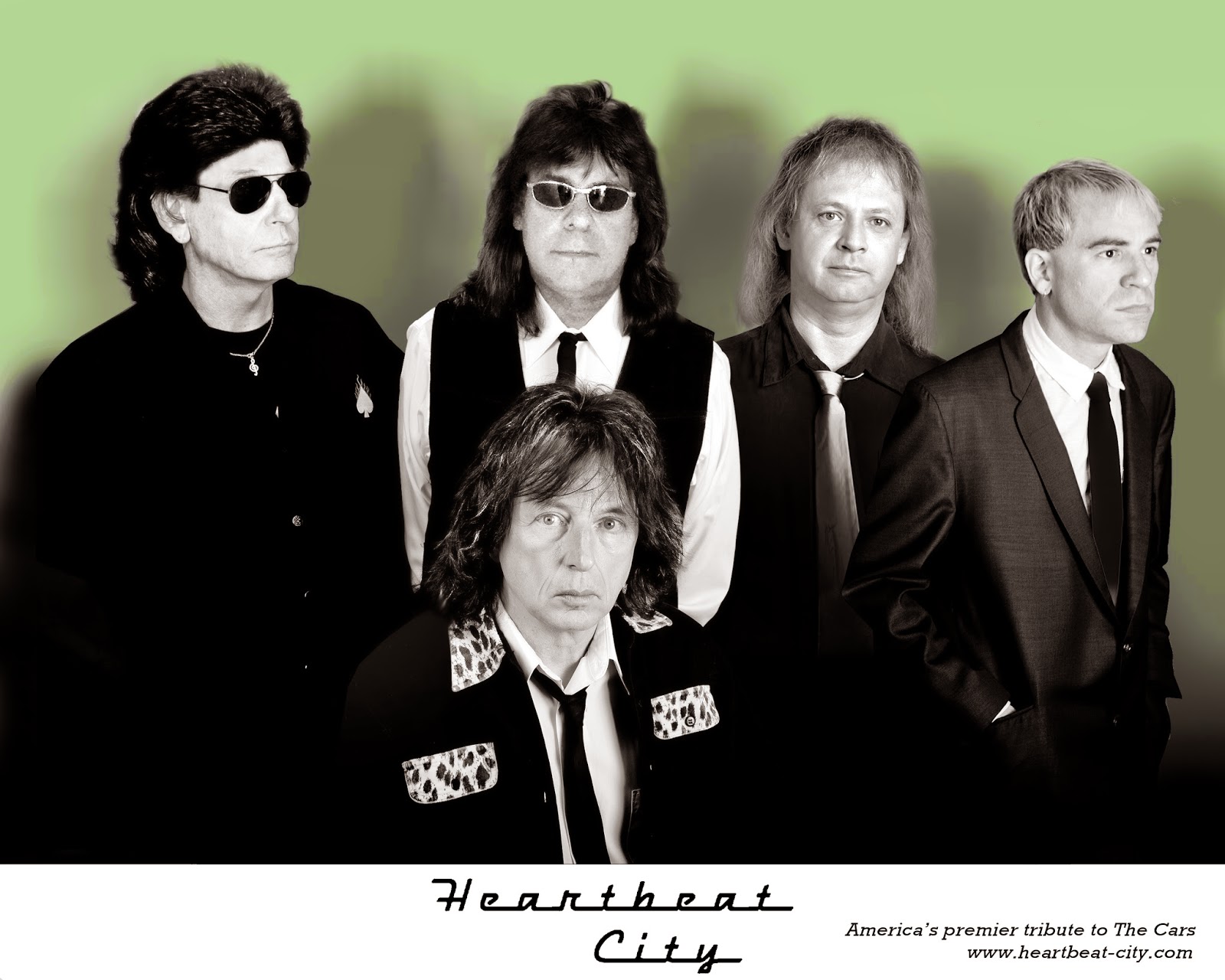 HEARTBEAT
CITY.. a Tribute to.. the CARS
The Cars arrived on the
music scene in the late 70's (around '78/'79) and quickly changed the style of
the hit music of that period. They led the way into the new sound of the 80's
music era. They continued to be a prominent force into the late 80's and were a
fixture on the radio as well as MTV. Along the way they sold millions of albums
and had 30 hit singles to their credit. There weren't many bands more
successful at the time. Their music was fresh, upbeat, and fun... and it was
Rock & Roll! You'd have a hard time finding anyone who doesn't like the
Cars!... Their music still gets regular radio airplay and their You Tube videos
continue to get millions of hits. There is still a huge audience for the music of
the Cars.
Named for one of the
Cars biggest selling albums, Heartbeat City faithfully re-creates the look and
sound of the Cars. They dress in the period-correct 80's style of the Cars and,
being accomplished musicians, their sound is amazingly close to the real thing!
Seeing Heartbeat City is as close as you can come to seeing an 80's Cars
concert.
The members of Heartbeat
City have come together from a few different well-known national level Tribute
acts, as well as some pretty famous 80's recording acts... On the Tribute
scene, various members have worked with Hotel California - a Salute to the
Eagles, Wild Child - a Tribute to the Doors, Belladonna - a Tribute to Stevie
Nicks/Fleetwood Mac, Get Back with the cast of Beatlemania (featuring members
from the Broadway cast and movie), Blue Order - a Tribute to New Order, and
many more.
On the recording front,
members have come from 80's recording acts like Mastedon (former Kansas
members), Berlin, Survivor, and have recorded on the 80's classic movie
soundtrack St. Elmo's Fire along with many other movie soundtracks and film
& television placements... plus they have worked with dozens of other
recording acts too numerous to list. This band has a solid background in the
music business!
Because of the past
history of Heartbeat City's members, you can always expect to see a high
quality, professional show. This band is quickly becoming a favorite in venues all across the Country. Why not see for
yourself?... LET THE GOODTIMES ROLL!
Posted by R. Klomburg at 3:04 PM No comments: Links to this post

Nanette and her Hotsy Totsy Boys Saturday July 19th at 7:00 PM in the Amphitheater at Farnsworth Park

Hotsy Totsy is a Roaring '20s Revue. The audience becomes part of
the show! The band invites you to swoon, sing along, and laugh with a
cabaret-style show. Nannette and her musicians have performed at jazz clubs,
jazz festivals and special events throughout Southern California. They put on
an entertaining show from the era of the speakeasy! This is freewheeling jazz
from the Great Gatsby jazz age.

Whiskey Hayride is a
top-notch country and classic rock band known for impressive instrumental
skills and superb vocal harmonies. The careers of its members intertwine over
years and decades, and although Whiskey Hayride was formed only recently in
2013, the band has already played a number of high-profile events and venues,
including the world premiere of the Trace Adkins movie, "The
Virginian."

As a group, Whiskey
Hayride’s players offer a long list of collective credits, having performed
with or opened for many well-known artists. Various Whiskey players have also
been involved in a litany of local and road bands including Daze of Blue,
Riders of the Purple Sage, Sedona, Red Simpson, The Showmen, Big Jay McNeely,
Blades of Grass, Live Oak, Spectrum, Bonita Shortline, Northern Lights, and
Squeeze Play.

Like the others in the
group, Whiskey Hayride founder Mike Johnson (guitar and vocals) has played
music most of his life. Musical cohort Bill Stapley (bass and vocals) is a
seasoned road musician who won several coveted awards while earning his degree
at Cerritos College. Steve Learned (guitar and vocals) has played hundreds of
venues and worked with many well-known artists including Bill Medley. Steve
Swartout (drums) has performed across the US and on USO tours abroad, and
contributed to several film projects including 7th Heaven and Relative
Strangers. Mike Pelzman (keyboards and vocals) was formerly a keyboardist at
Saddleback Church and has played all over the world and accompanied many
well-known artists.
Posted by R. Klomburg at 3:04 PM No comments: Links to this post

Posted by R. Klomburg at 2:52 PM No comments: Links to this post

Posted by R. Klomburg at 1:13 PM No comments: Links to this post


Posted by R. Klomburg at 3:34 PM No comments: Links to this post