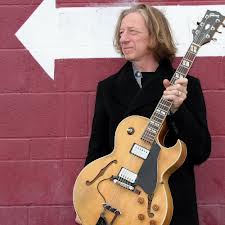 Los Angeles resident Brian Hughes has carved out an impressive career in the contemporary jazz arena. His first two albums, Between Dusk and Dreaming and Under One Sky, firmly established him as one of the foremost guitarists and composers in the genre, perfectly blending his fluid and emotive guitar style into an exciting melodic mix of Latin, Jazz and World Music compositions. After being picked as a winner in JAZZIZ magazine's "Guitars On Fire" competition his subsequent recordings Straight To You, One 2 One, Shakin’ Not Stirred, Along the Way, Live and the concert DVD No Reservations have received critical acclaim and major radio air play from coast to coast. With his sizzling fret work and infectious compositions the media are accurate in saying, "Both a great artist and an accessible one. His passion is so obvious, intense and contagious, that his audience shares it.” Brian has received the SOCAN / BMI "Jazz & Instrumental Composer of the Year" award seven times from 1997 to 2011 and the title track from “Shakin’ Not Stirred” was featured on an episode of HBO’s Sex and the City.

Brian has performed Jazz Festivals and Concerts around the world including concert dates in Germany, Holland and Switzerland, The Providencia Jazz Festival (Santiago, Chile) and the Montreal International Jazz Festival.


For the past 25 years Brian has had a parallel career recording and touring with world renowned vocalist Loreena McKennitt, (The Mummer’s Dance). Brian’s skills as a musician (guitars, and, bouzouki) and his production and mixing talents are evident on her current Grammy nominated recording, Troubadours on the Rhine. McKennitt has sold over 15 million albums worldwide and Brian has toured the world several times with her, appearing on the Late Show with David Letterman and receiving a Juno (Canadian Grammy) nomination as "Producer of the Year” for his work on her platinum selling album, The Visit.

We have just received word that El Patron Mexican Food Restaurant had received their health permits and will be at Farnsworth Park cooking and serving for Saturday's concert featuring Louis van Taylor.

Come hungry!
Posted by R. Klomburg at 3:57 PM No comments: 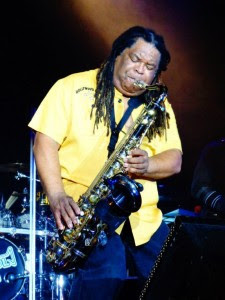 
Produced by the Sheriff's Support Group of Altadena
Beer & wine sales by the Rotary Club of Altadena
Food service by El Patron Mexican Food Restaurant
Posted by R. Klomburg at 4:59 PM No comments:

8:45 PM – Deputies arrested a male suspect (34/Altadena) in the 400 block of Figueroa Dr. for domestic assault.

1:30 AM – An arson involving a vehicle occurred in the 200-blk of W. Harriet St. Possible suspects described as a male and female, Hispanic driving a dark blue or black Honda Civic 4-dr.

7:00 AM – Altadena Detectives served search warrants in Altadena and Pasadena regarding two suspects involved in vehicle burglaries and forgery. Both suspects were arrested and evidence of forgery, burglary, and drug sales was recovered.

2:30 PM – Suspect Christopher Calloway (22 years/Pasadena) was arrested for possession of a stolen vehicle.

2:27 AM – A residential burglary occurred in the 2500-blk of Crary St. The victims who were home at the time heard some noises coming from the bathroom and observed a male, Black hoisting himself through the window. The victims yelled at the suspect and he fled the scene. Deputies responded to the area and observed a male matching the description. Further investigation led to the arrest of Dante James, (27 years/ transient) and the recovery of the victim’s stolen property. Dante James is suspected in additional residential burglaries in the area.

****
Between July 7th and July 12th there were 17 runaway juveniles reported to the Altadena Sheriff Station.

For full details, view this message on the web.

If you prefer not to receive future emails, unsubscribe here. 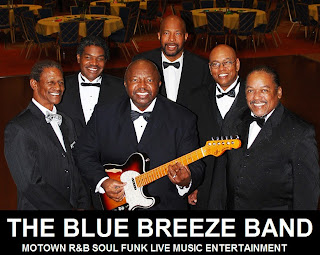 The versatility of the multi-talented group, Blue Breeze Band, will lull you into a trance with the sounds of Motown, R&B, Soul, & Funk music. You will get your mojo working with the harmonious tales of the Blues and enjoy the tasteful sounds of Jazz.
The Blue Breeze Band was formed in the late 90's and is comprised of talented musicians who have come together in order to forge a relationship with you, their listeners, through 60's, 70's, 80's & 90's heart and soul dance music, blue notes, and call and response melodic improvisation.
Thus far, Blue Breeze has acquired an impressive repertoire of performances for audiences from different walks of life from all over the world. To name a few, they have performed for former President Bill Clinton, the United States Armed Services in Okinawa, Japan, the Toyota Grand Prix of Long Beach and have headlined festivals throughout southern California. In addition, they have appeared as musicians in the Warner Brothers' feature film Why Do Fools Fall in Love- (The Frankie Lyman story).
At the core of the Blue Breeze Band is a six-piece multi-talented group featuring the following artists:


- Concerts in the Park, City of Glendora


- Concerts in the Park, City of Chino Hills


- Concerts in the Park, City of Irwindale


- Concert in the Park, City of Fontana


Web: http://www.BlueBreezeBand.com
Each year, the Summer Concert Series has been made possible by the generous support of our Sponsors. This year SSGA welcomes back a major sponsor, Warner Bros. Entertainment.
Additional major sponsors include Supervisor Michael D. Antonovich, Rotary Club of Altadena, Monte Cedro, Athens Service, Toyota of Pasadena, El Patron Mexican Food Restaurant, All American Audio Visual, our own home town news source, www.altadenablog.com, The Printworks and, Georgia Rutherford in memory of Don Rutherford. The Altadena Sheriff’s Station and Farnsworth Park are both hosting once again this year.
Produced by the Sheriff's Support Group of Altadena
Beer & wine sales by the Rotary Club of Altadena
Food service by El Patron Mexican Food Restaurant