Posted by R. Klomburg at 2:46 PM No comments: Links to this post

Posted by R. Klomburg at 7:12 PM No comments: Links to this post

The NoWhere Men are playing a free concert this Saturday Aug. 26 at 7pm at Farnsworth Park in Altadena

Advisory: The NoWhere Men are playing a free concert this Saturday Aug. 26 at 7pm at Farnsworth Park in Altadena 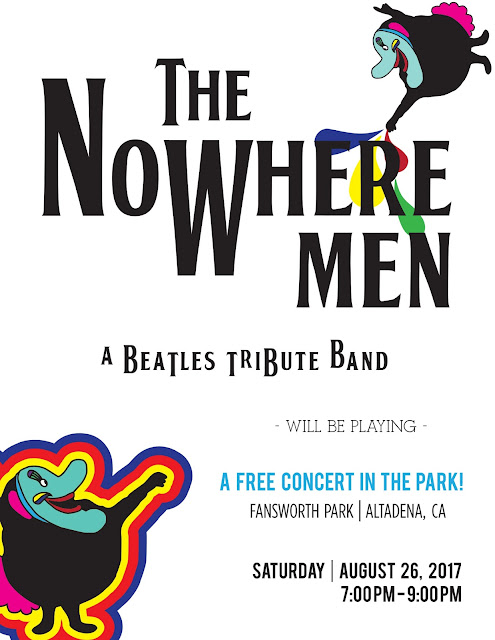 Posted by R. Klomburg at 3:24 PM No comments: Links to this post

Posted by R. Klomburg at 7:55 PM No comments: Links to this post

BRING YOUR DANCING SHOES FOR THE KINGS OF 88!

Posted by R. Klomburg at 5:47 PM No comments: Links to this post

For those of you who have seen Upstream perform at Farnsworth Park know to arrive early! Upstream will pack the Amphitheater, as they always do!

Welcome to the Upstream experience!

Upstream has been spreading their message of love and positivity through their exhilarating Caribbean Music, namely, Reggae, Calypso, Soca and Steel Drum Music, for quite some time now.

Through the years they have mesmerized audiences throughout the world and brought ultimate enjoyment to all.  With a multi-talented line up of some of the most experienced and enlightened musicians in their camp, they continue to spread joy to an unsuspecting public.

Bandleader and Lead Singer/Guitarist "Haile Blackman" is originally from The Republic of Trinidad & Tobago and the Son of the Legendary Creator of Soca Music, the late Ras Shorty I.  The band boasts a very seasoned and celebrated line up:   “Derek Brewstafari” Steel Drum Extraordinaire is also a Trinidad and Tobago native and will tug at your heartstrings with his melodic Steel Drum tones.  John McKnight (Bass, Trobomone, Keyboards, Guitar, & Background Vocals) Daniel Lopilato (Keys & Background Vocals) and Mark Spiller (Drums & Background Vocals) complete the stellar crew.

You will not want to miss their exciting live concerts coming soon to a venue near you!  A great time is guaranteed to be had by all!  Do you really want to party? Upstream invites you to come do the West Indian boogie, to their intriguing selection of exciting Reggae, Calypso, Soca, and Steel Pan music.  Come join the experience! 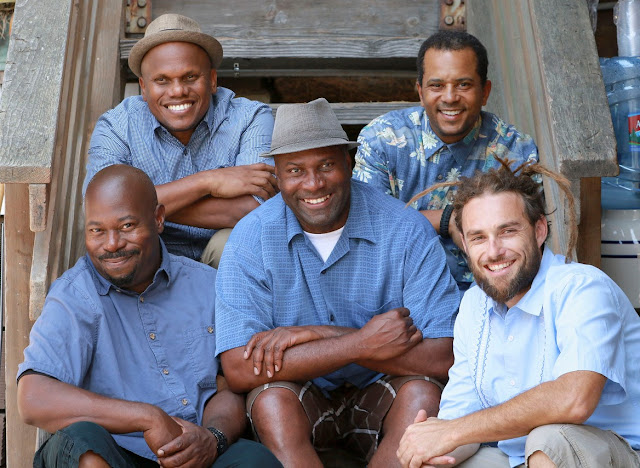 Posted by R. Klomburg at 1:05 PM No comments: Links to this post

Posted by R. Klomburg at 12:57 PM No comments: Links to this post

This is a dancing concert, so bring your dancing shoes! I received their set list today and it looks great! They will play everything from: Bruce Springsteen to Bob Seger to ZZ Top to Elvis Presley to Bob Dylan, Jethro Tull, Bill Haley, Chuck Berry, Rolling Stones, the Kinks and so much more!

Simply, a concert you can't miss. Hope to see you all there!

The Tuners are brothers of different mothers, (and fathers!). Rick Dunham, Rob Heard, and Gary Watson starting performing together in high school. Their passion is the same today as it was when they were young musical heroes performing for school dances and local concerts. They still can’t get enough of playing live music!

Rick and Rob meet in Whittier, CA at age 15, young musicians with very different musical influences. Rick played bluegrass guitar and banjo. Rob was a hard rock guitarist. They began getting together to jam, became friends, but had little in common musically. Rob solved this problem by loaning Rick a Vox bass guitar and some records of bands like Mountain, Led Zeppelin, CCR, and The Who, suggesting they start a rock band.

Gary Watson was a friend of Rick and Rob’s who played acoustic 12-string guitar, and loved long extended jams. In the summer between 11th and 12th grade, Gary also “went electric” with the purchase of a Gibson SG, and the band was born. They called it Circus.

With the addition of a drummer, Circus began performing professionally, starting at local school dances and backyard parties. When they were all of legal age (more or less!) they hit the booming nightclub circuit in Los Angeles and Orange County performing five and six nights a week. Every week. They changed the band name to Stoney Lonesome.

They became a tight, versatile, in-demand group, as well as a backing band for numerous Elvis impersonators and 50’s rock acts like Joe Houston, The Shirelles, and The Coasters.

When country music became popular in Southern California in the early 80’s, the band played OC country music clubs The Cowboy, The Silver Bullet, The Crazy Horse, and more, becoming one on the busiest bands on the circuit.

In the mid-80s, after many years, many drummers, and many incarnations, Rick, Rob, and Gary renamed the band The Tuners, and continue to perform  great music together today.

With the addition of the very talented drummer, Steve Swartout (tonight is Steve’s seventh show at Farnsworth!), The Tuners will perform a classic rock dance show. Welcome one and all. Let's dance! 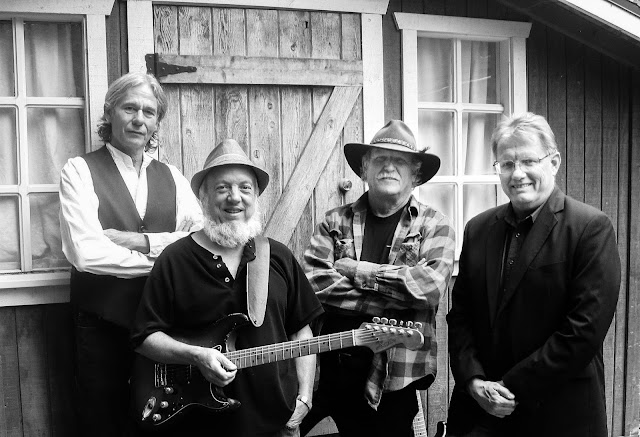 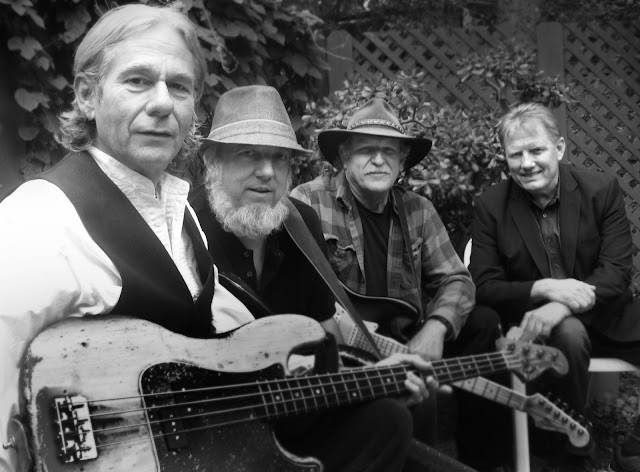 Posted by R. Klomburg at 5:01 PM No comments: Links to this post