Grand Finale of the Summer Concert Series is September 7th

Just a reminder, there is no concert tonight; we are dark for the Labor Day weekend.
The Grand Finale will be on September 7th featuring two great tribute bands!!
Who’s Zeppelin will open the concert and be followed by the Who Experience.
Concert will start at 7:00 PM in the Amphitheater at Farnsworth Park.
Enjoy your weekend and we will see you next Saturday.
Posted by R. Klomburg at 12:51 PM No comments:

Saturday, August 24th in the Amphitheater at Farnsworth Park
Concert starts at 7:00 PM
BAND BIO
Created in 2003, DOG N BUTTERFLY is dedicated to bringing their talent and love of Heart’s memorable music of the 70’s & 80’s to the stage with unequaled accuracy and musical skill. Their dynamic stage show & retro- inspired costumes, take the concept of “Tribute” to a whole new level! Lead vocalist Lizann Warner’s portrayal of Ann Wilson is both eerie and unparalleled. Her voice sounds so much like Ann Wilson, that she was hired by both Activision & Konami to sing sound-a-like recordings of Heart’s most recognizable hits “Barracuda” and “Magic Man” for multiple video games including the top-selling game Guitar Hero 3. Her voice can additionally be heard on TV commercial jingles for Sandals Resorts, Flip Out footwear and others.
The part of Nancy Wilson is performed by Desha (pronounced "De-shay") Dunnahoe. A talented music major from Cal State University of Long Beach, Desha demonstrates her skills as a multi-instrumentalist by performing effortlessly on both electric and acoustic guitars as well as the mandolin. A gifted composer and orchestrator as well, Desha teaches young music students for the city of Long Beach's unified school district.  Backed by a power-house line up of stellar musicians, DOG N BUTTERFLY re-creates the look and sound of HEART so closely, that even Heart’s founding members Ann & Nancy Wilson have praised them for their authenticity…
“Your recreation of music, photo sets, and style are amazing."
"What a truly dedicated tribute band. Proud that we influenced you in such an intense way.
We are truly honored, humbled and proud!!!"
– Ann & Nancy Wilson of HEART
DOG N BUTTERFLY has performed on stages throughout the U.S. and has been featured on TV, performing on the KTLA Morning News, as well as on AXS TV's popular show; WORLD'S GREATEST TRIBUTE BANDS, where their entire concert was broadcast LIVE from the world-famous Whisky A-Go-Go in Hollywood!  KLOS DJ "Uncle" Joe Benson has proclaimed DOG N BUTTERFLY as “One of the best tribute bands I’d ever seen!!!” And Dog N Butterfly has even had the honor of performing on stage with both Roger Fisher & Steve Fossen, Heart’s original guitarist and bassist! 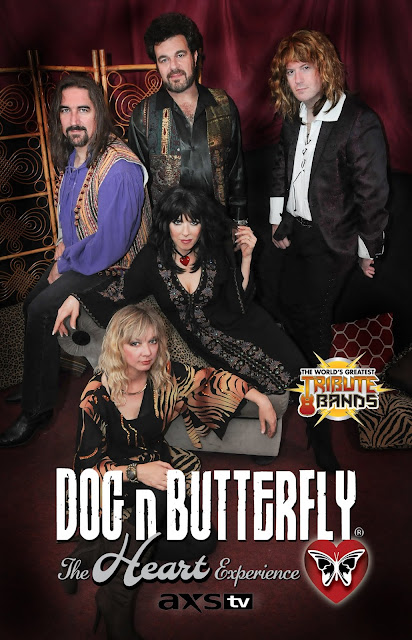 DOG N BUTTERFLY truly is THE ULTIMATE TRIBUTE TO HEART!
Posted by R. Klomburg at 2:54 PM No comments:

Coffee with the Captain September 19th

This Saturday, August 17th in the Amphitheater at Farnsworth Park, My Generation !!! 568 E Mt Curve Ave., Altadena, CA 91001
Concert starts at 7:00 PM. Food for sale by El Patron and beer and wine sales by the Rotary Club of Altadena.
MY GENERATION
a TRIBUTE to the BRITISH INVASION
From THE BEATLES to THE ROLLING STONES, from THE WHO to THE KINKS, from THE ANIMALS to THE ZOMBIES, "My Generation" performs some of the best music ever written with its Tribute to the British Invasion. Be prepared for a journey through time that will spark the memories of songs you've forgotten you knew and loved. "My Generation" are not impersonators and not locked into performing the hits of a single band. Instead, they pay tribute to the entire British Invasion! THE DAVE CLARK 5, THE MOODY BLUES, THE YARDBIRDS, THE HOLLIES, HERMAN’S HERMITS--it's all here! Known for sweet vocal harmonies and an obvious reverence for the music of The British Invasion, "My Generation" is a perfect choice for ALL Generations – and a hit wherever they play! Concerts in the Park, corporate events, music festivals ...whatever the occasion, "My Generation" will have the audience cheering and singing and dancing in the aisles! Are you ready for a brilliant re-creation of the music that made the sixties the best decade in the history of Rock and Roll? Then you're ready for "My Generation – a Tribute to the British Invasion!" 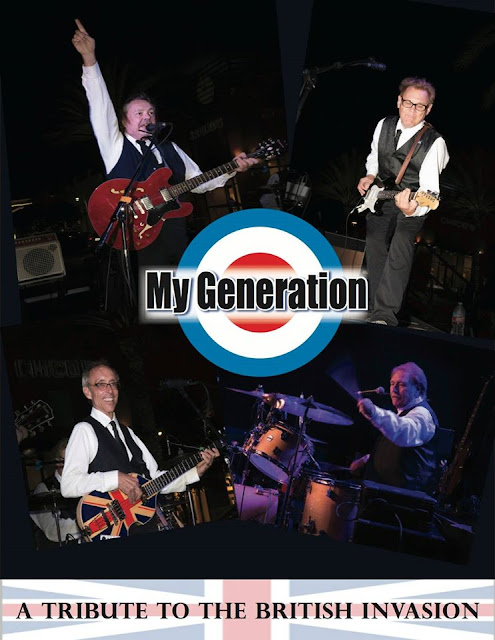 This Saturday, August 10th in the Amphitheater at Farnsworth Park UPSTREAM !!!
Upstream has a huge following so this concert will be Standing Room Only. And, the weather will be perfect for an outdoor concert.
Concert starts at 7:00 PM. Food for sale by El Patron and beer aand wine sales by the Rotary Club of Altadena.
Welcome to the Upstream experience! Upstream has been spreading their message of love and positivity through their exhilarating Caribbean Music – Raggae, Calypso, Soca and Steel Drum Music – for quite some time now.  Through the years they have mesmerized audiences throughout the world and brought many to kneel at their alter of ultimate enjoyment. With a multi-talented lineup of some of the most experienced and enlightened musicians in their camp, they continue to spread joy to an unsuspecting public.   Bandleader and Lead Singer/Guitarist "Haile Blackman" is originally from The Republic of Trinidad & Tobago and the Son of the Legendary Creator of Soca Music, the late Ras Shorty I. Steel Drum Extraordinaire “Derek Brewstafari” is also a Trinidad and Tobago native and will tug at your heartstrings with his melodic Steel Drum tones.   Upstream currently has six CD’s available. Their discography is as follows: “Upstream”, self-titled CD release in 1995, “Life” released in 2000, “Jump to the Rhythm” in 2001, “To Da Maxx” and “Pick Up Yourself” in 2007 and most recently “21st Century –Live” in 2013.  You will not want to miss their exciting live concert at Altadena’s Farnsworth Park amphitheater! A great time is guaranteed to be had by all! Do you really want to party? Upstream invites you to come do the West Indian boogie to their intriguing selection of exciting Reggae, Calypso, Soca, and Steel Pan music. Come join the experience! 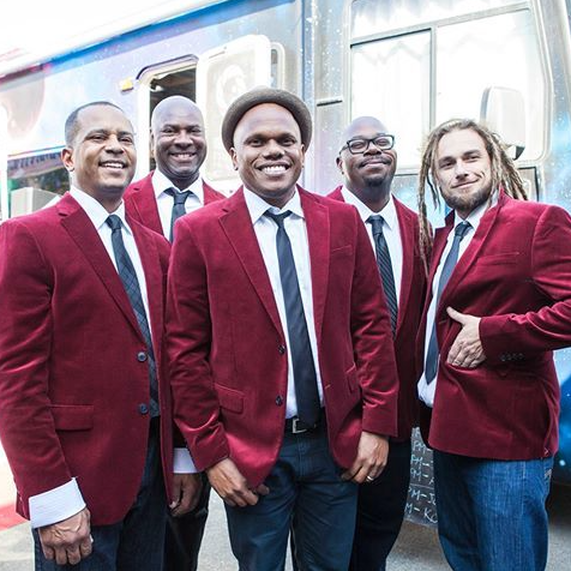